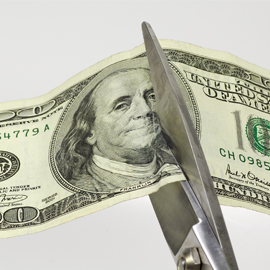 Obesity is a rising health concern across the globe. In the United States, an estimated third of the population struggles with obesity, with as many as two-thirds of adults being considered overweight. In Europe, obesity statistics are just as staggering. In the UK, obesity rates have tripled in just the last 25 years.

Alongside the rise of obesity has been an increase in the type of attention directed towards helping people lose weight. Fad diets and miracle cures have finally started to take a back seat to weight loss programs that focus on healthy changes to diet and activity levels. Medical weight loss is considered the most effective tool in the fight against obesity, and just as the number of people who are struggling with excess weight is on the rise, so is the availability of medically supervised weight loss programs.

When the startling statistics concerning the rise of obesity first began making headlines, many local and national governments started developing programs and dedicating funds to help stop and even prevent obesity where possible. In the United States, this took the shape of school-based programs started by Michelle Obama, which targeted unhealthy school lunches, soda and other sugar-laden drinks, and candy sales in schools. In the UK, local governments were given funds to help make a difference in the health of the people it directly supported by providing reduced cost or even free access to exercise facilities. However, shifting attention away from obesity as a global crisis has led to a decrease in the amount of government funds available for healthy weight programs like these, and that means that many people who are directly benefiting from these government sponsored weight loss support programs may need to look elsewhere for support in reaching their weight loss goals.

When you think about budget cuts, you may not think about its impact on the health of the people, or obesity at all, but the reality is that cutting these government programs does put a lot of people at an increased risk for weight gain. As with most initiatives that are designed to help the people live healthier, weight loss support comes down largely to a matter of convenience. Providing support where people already are, such as at the workplace and in schools, is huge to helping make a national impact on the obesity rate.