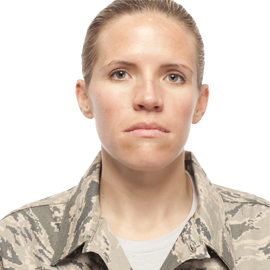 Hormone replacement therapy is a key component to anti-aging therapy. By providing the body with bioidentical but synthetic replacement for hormones that become naturally depleted with age it is possible to fight off the intense fatigue, weight gain and other uncomfortable symptoms that have so long been associated with getting older.

Recently, researchers associated with the Department of Veteran Affairs (VA) have found that people who struggle with post-traumatic stress disorder, particularly those who are also afflicted with traumatic brain injury and depression, may benefit from the same sort of hormone therapy that has helped so many people make a more peaceful transition into their retirement years.

Why Hormones Matter with PTSD

The crux of the body of research on this subject relies on the finding that soldiers who experience PTSD are generally afflicted with damage to the pituitary gland. The pituitary gland is the HQ for all hormone activity in the body. It serves as the master regulator for the entire endocrine system, producing and managing hormone production that influence growth and development, not to mention sex drive, emotional stability and energy levels.

Researchers have found that many soldiers who experience a traumatic brain injury actually experience direct damage to the pituitary gland. When this happens, hormone production is immediately disrupted and many of the effects of hormone decline can be similar to the symptoms of PTSD, including sudden change in mood and lack of energy. According to one group of researchers who are studying this for the VA, hormone deficiencies may be mistaken at least initially as PTSD in solider populations as frequently as 40{3a67f89bac1171c18e820b20ccfae70caa2d827bbb8a608d0d78300311666665} of the time.

Of course, treatment with hormone replacement in soldier populations will look somewhat different than it would in other situations, and prior to starting hormone replacement therapy it would be necessary to determine on a case by case basis if there was damage to the pituitary gland. However, this breakthrough could provide significant relief to so many soldiers who are afflicted with the symptoms of PTSD and thereby prevented from ever truly returning home from war.