Are Activity Trackers Worth the Hype?

Are Activity Trackers Worth the Hype? 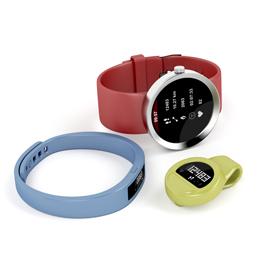 Remember when a watch would just tell you the time? It seems like everyone is wearing some sort of fitness tracker these days. Every smart watch has fitness tracking built into it, which means that in addition to telling you the time, your watch can read your emails, deliver your texts, tell you who is calling, and yes, count your steps.

Activity trackers have quickly become a must-have item among health conscious individuals. Whether you are training for a half-marathon or just trying to lose some weight, being able to track your progress on your wrist is a major benefit, right?

Researchers at the University of Pittsburgh asked this question: what impact are activity trackers actually having on weight loss efforts? To find out they conducted a controlled study with more than 470 women who were all either overweight or obese. Every woman in the study was led through six months of counseling with guided nutrition and exercise support in a medical weight loss program. Then, at the six month mark the women were split into two groups. The first group was told to count calories and log exercise the old fashioned way. The other group as told to use a fitness tracker and to log their calories in the associated online portal. Then, investigators followed the groups of women for two years to see what happened.

The results of the study were a bit better than you might originally expect. It turned out that both groups not only maintained the original weight lost in the first six months of the study, but women in both groups averaged a pretty substantial loss at the end of the two year period. But who lost more? Using a fitness tracker was associated with a loss of eight additional pounds, but tracking calories the old fashioned way led to a loss of 13 pounds.

Researchers credited the advantage of the control group to the added accountability necessary in tracking your calories and exercise habits in a notebook or something equivalent. When you use an activity tracker, so much of the responsibility of tracking is removed, which can impede on your awareness of your habits.

Activity trackers can be a great tool to help with weight loss, but you need to use them the right way. It’s great that your watch is counting your steps, but you still need to pay attention. Set daily goals and keep a log of how you are doing day to day and week to week. Let your activity tracker become one helpful aspect of a more comprehensive plan by using it together with a medical weight loss program.