Managing the Rising Risk of Dementia

Managing the Rising Risk of Dementia

How anti-aging therapies and hormone replacement treatments may help reduce your risk of Alzheimer’s disease and dementia. 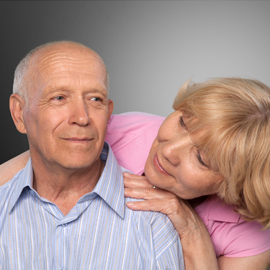 We all joke about losing our minds. From a young age we begin to experience little lapses in our memories. Forgetfulness, we call it. You may forget to make a phone call, the name of an old friend or a place you’ve visited will slip your mind, or you may even experience that nagging feeling that you are forgetting something important. For most of us these short little lapses just aren’t a big deal. We chock it up to stress, inattention, or just plain old forgetfulness. It is something we can laugh at ourselves for.

As you get older and these little lapses happen more often, or regarding more significant issues, they become harder to write off or laugh at. Dementia is a scary concept. The idea that you could begin to forget places, people, and memories that were once highly important to you is both invasive and depressing. Sadly dementia, especially Alzheimer’s disease, are highly genetic issues. However, for many people the experience of mild dementia or moderate cognitive impairment is not a result of Alzheimer’s, but instead develops as a result of poor aging, often thanks to the build-up of stress, poor nutrition, and other manageable health factors.

In 2014, researchers at the Stanford University School of Medicine found that hormone replacement therapy (HRT) is helpful in reducing the risk of mild to moderate dementia onset when administered soon after the start of menopause. Similar results have been found in correlation to the start of hormone therapy in men when delivered at the onset of testosterone decline.

In addition to hormone replacement therapy, other forms of anti-aging therapy have also been found useful in addressing the symptoms of cognitive impairment and memory loss. IV infusions containing valuable nutrients speed up the process of replenishing the vital neurotransmitters in your brain, so early cognitive impairment and even possibly early dementia and Alzheimer’s disease may be prevented from progressing to its chronic nature.

Time is of the essence, though. In order to halt the progressive nature of dementia, it is imperative to begin managing dementia early in its onset. Nutritional support, vitamin supplementation, blood glucose control, blood pressure management, oxidative stress management and cognitive testing are crucial.